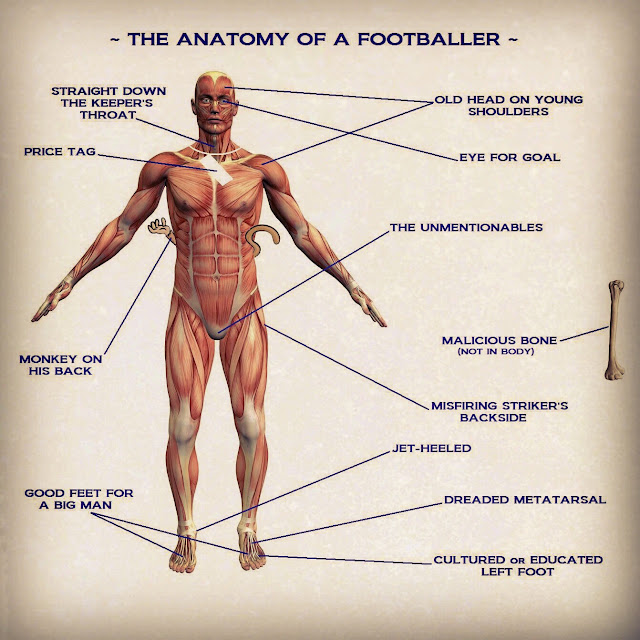 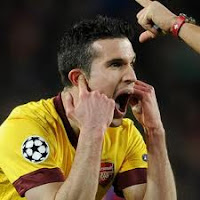 When a footballer finally loses that half a yard, it is said that his legs have gone. Luckily, fresh legs are always on hand (so to speak) to replace them.
Posted by FootballClichés at 20:36

What about the old classic 'chocolate wrists' for a keeper who should've kept out a weak effort? Seems to have died out in the modern era that one.

Where's the barrel chest? No capable-but-ultimately-rubbish-and-a-bit-fat journeyman English centre-forward would be complete without it.

Brilliant as usual, love the malicious bone bit! I would like to see twinkletoes make a comeback, personally

I was always under the impression that goalkeepers who struggle to catch weak shots have 'butter fingers'?!

The 'barrel chest' was largely discredited by Diego Maradona, who combined it fatally with swarthiness, strut and being foreign.

Also, I don't think pace has been 'jet-heeled' for a long time, has it? It's usually 'scorching,' 'lightning', or both superfluous and flammable, 'to burn.'

This is just so many million kinds of awesome, I just really wish you hadn't out in brackets 'out of body' under malicious bone. I was looking at it on a tiny screen and didn't see that part and the real humour genius of that is when you read malicious bone and then in a couple a seconds it dawns on you what it means, that is what makes it so hilarious, that moment as you work it out, putting the brackets below takes away that part of the joke.