If only the footballing world had a fast-forward button. The appointment of Bryan Robson as the new Sheffield United manager brought a collective sigh of despair from the Blades faithful, and led the The Angle... to once again question the sanity of football club chairmen.

To save everyone the bother of waiting for the next few months, The Angle... brings you the first in a series of Ceefax stories from the future. Bask in the inevitability of it all! 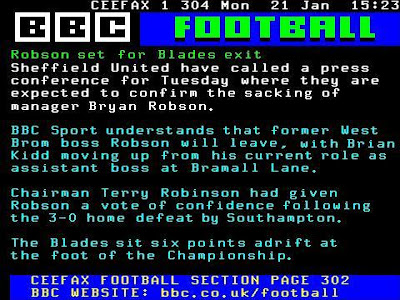